Lucasfilm has released the first cast photo for the untitled Han Solo “A Star Wars Story” film. Check out the photo below and the list of actors: 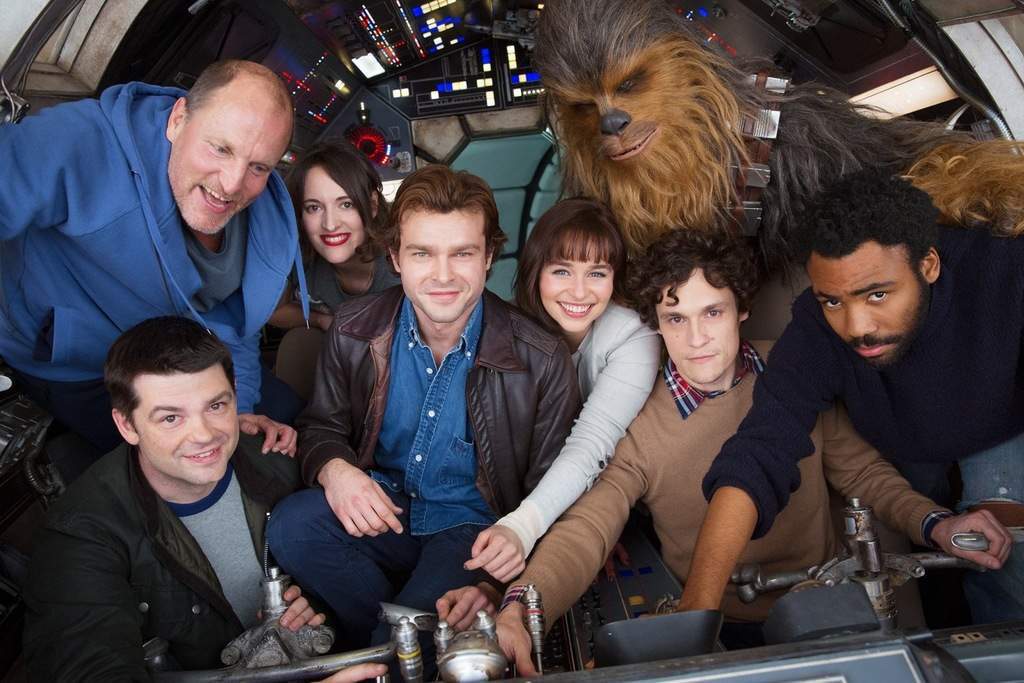 A brief description of the film was also provided:

“The movie will explore the duo’s adventures before the events of Star Wars: A New Hope, including their early encounters with that other card-playing rogue from a galaxy far, far away, Lando Calrissian.”

I am assuming the duo means Han and Chewie. Also announced is the official release date for the film, May 25th, 2018!  That means just 5 months after The Last Jedi we will get another Star Wars movie. I would assume we will get more details on this film at Star Wars Celebration Orlando in just 50 days.

Collin Trevorrow on the Petition to Bring Back George Lucas for Episode IX, and his Collaboration with Rian Johnson